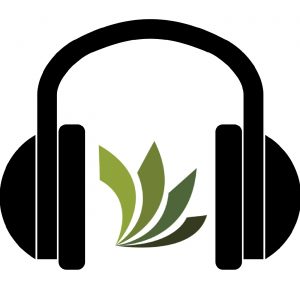 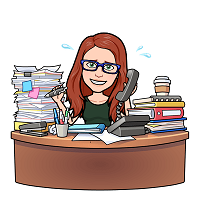 Jessikah Chautin – Jessikah began her career in 2003 as a children’s librarian. After many years, and many (many) cups of coffee, she is now the Community Engagement Specialist for Syosset Library, which requires the ability to be in all places at all times! She enjoys reading thrillers, speculative science fiction, and various types of graphic novels. Jessikah’s personal motto of librarianship is : be the Leslie Knope your library needs!

Lisa Hollander – Lisa is a Readers’ Services librarian and has been a card carrying patron of this library since the late 1970s. When Lisa is not at the library or reading, she’s torturing herself with the Islanders and Mets.

Stacey Mencher – Stacey began her library career in 2010 working as a page at the library and is now a librarian within the Readers’ Services Department. As a Readers’ Services Librarian she helps patrons with books to read, downloading and streaming library materials, and answers all questions literary related. She co-runs the Syosset Public Library’s #Trending Programs and assists in updating and adding to the library’s social media presence. She enjoys trivia, Disney, true crime, and pop culture.

Sharon Long has been librarianing with both children and teens at the Syosset Public Library since 2007 and is currently the head of the Teen Services Department. Besides reading all the latest YA books, she enjoys sleeping and eating, which are two activities that she cannot do in her preferred quantities. You will usually find her in TeenSpace or just next door in the Creation Station, the library’s awesome makerspace.

Meghan Fangmann – Meghan is a Children’s Librarian at Syosset Library. She started her career at Syosset Public Library in 2015 as a librarian trainee. In her spare time, she enjoys traveling and reading.

Barney Levantino – Barney is a Reference and Local History librarian at Syosset Library. He did not grow up in the area, but since joining the staff he has become fascinated with the history of Syosset and the surrounding area. He hopes that our podcasts will help others to learn about and appreciate the rich history of our community.

Evelyn Hershkowitz – Evelyn has loved working in libraries since her early days in elementary school when she use to help the school librarian. She has been working at the Syosset Public Library since 2007 and received her library degree in 2010. She loves being a Readers’ Services Librarian and recommending books to the patrons either at the library or at local stores! She loves interviewing authors for Turn the Page and looks forward to speaking to many more authors in 2020.