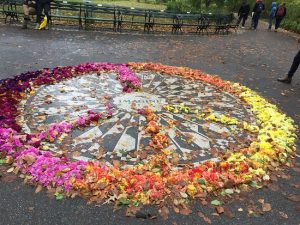 In honor of the 40th Anniversary of John Lennon’s Death, we are re-releasing Syosset Library’s podcast interview with Saundra Shohen, the hospital administrator at Roosevelt Hospital the night of December 8, 1980. Ms. Shohen passed away on September 22, 2020. We would also like to to take the time to honor Saundra, and all of the first responders who continue to give so much to people in need.